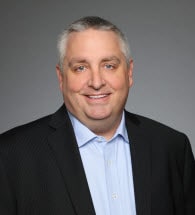 John Hiltz has extensive experience representing businesses and individuals in bankruptcy and reorganization matters. He has guided clients through out of court restructurings, settlements with individual creditors, as well as chapter 7, 11, and 13 bankruptcy proceedings. John has also represented both debtors and creditors in adversary proceedings.

After graduation from law school, John Hiltz served as law clerk to the Honorable Bruce W. Black, United States Bankruptcy Court for the Northern District of Illinois. As law clerk, John had extensive exposure to complex bankruptcy issues and assisted in the preparation of opinions for a variety of Chapter 7 and 11 business bankruptcies. He also assisted with hundreds of Chapter 7 and Chapter 13 individual consumer bankruptcies.

After his clerkship, John Hiltz worked as an associate in the Bankruptcy Groups of two large Chicago law firms where he represented debtors and creditors in both bankruptcy and non-bankruptcy cases. John has been involved in some of the largest bankruptcies, such as Lehman Bros. and Chrysler, as well as smaller individual bankruptcies. John has been named a Superlawyer for 2020-2021 & a “Rising Star” by Illinois Super Lawyers for 2012-2016.